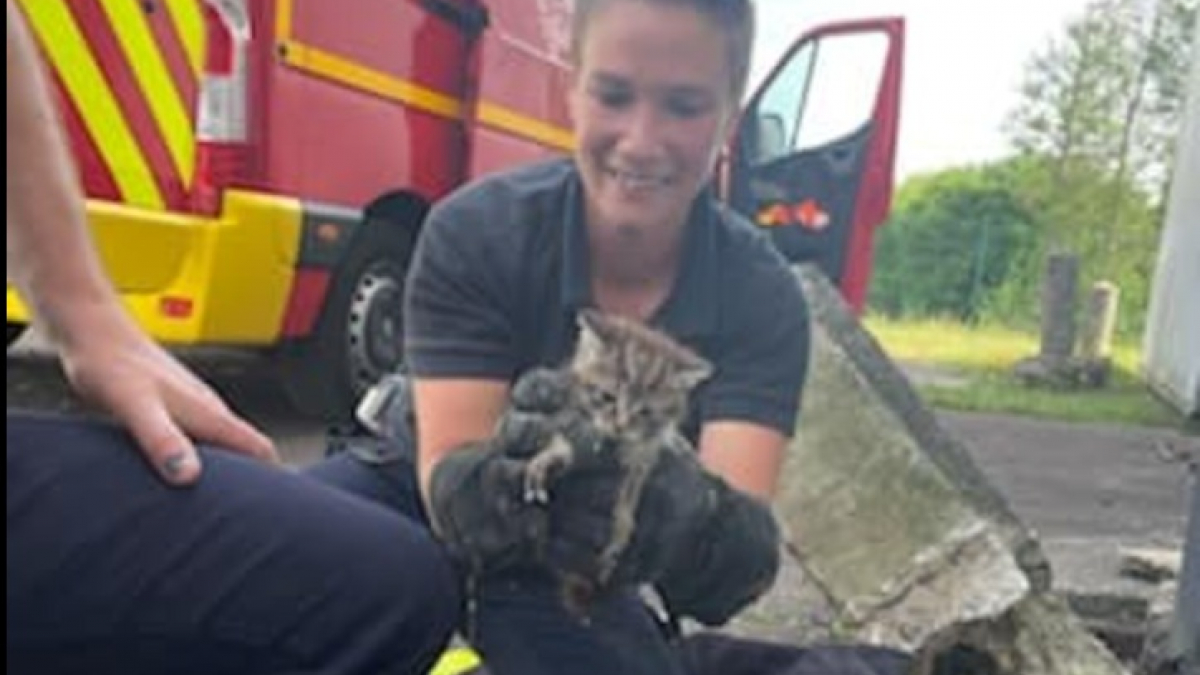 Stray kittens seek at all costs a place to take shelter, sometimes at the risk of their lives. Choosing a manhole cover when a storm was approaching was really not a good option. Fortunately, an association and the firefighters mobilized to help him before he drowned. 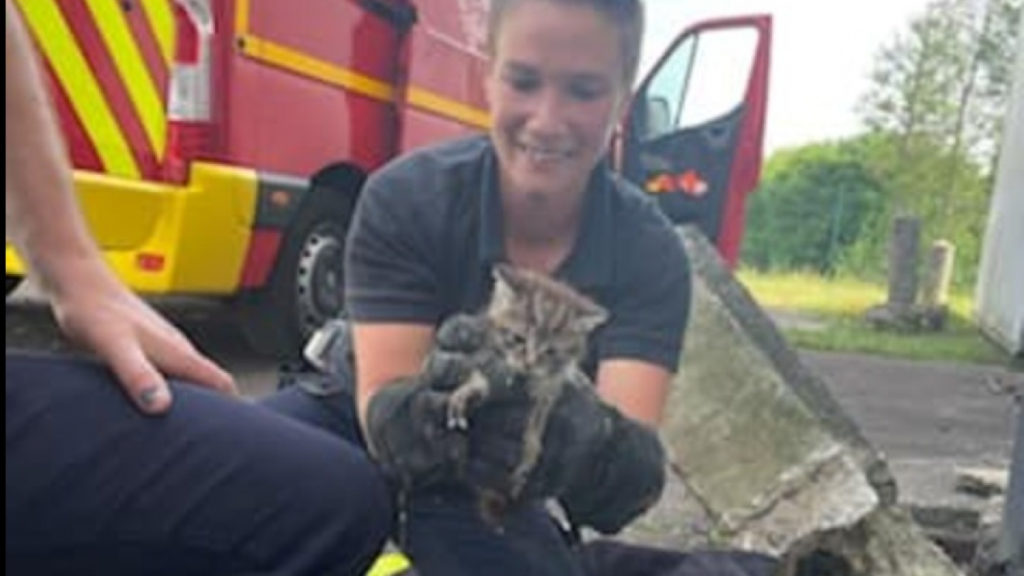 The Biker Animal Force association rescued a mother cat in mid-May 2022 in the town of Barentin in Seine-Maritime. However, one of her kittens was nowhere to be found. Far from giving up, the members of the shelter returned to the scene with the aim of locating the baby. He was spotted on May 18, but it was impossible to help him.

Indeed, the little one “was stuck in a manhole at the level of the postal depot”, explained Sandy, a volunteer of the Biker Animal Force, who therefore contacted the firefighters of the city. 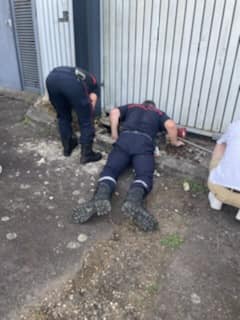 “They came for the first time in the morning, they tried to spot the kitten, but it was very delicate. We were very afraid that he would drown when we saw a storm coming in the afternoon,” said Sandy to Actu.

The rescuers therefore called the firefighters back, because it was impossible to lift the heavy concrete plate which prevented access to the area. They therefore moved again with the appropriate equipment this time.

In order to coax the little feline, the team used a subterfuge: “The baby was no longer meowing. So we tried a method, which consists of broadcasting a video of a mother cat calling her offspring in the background, and it worked. The kitten started crying again which made her rescue easier,” Sandy said. 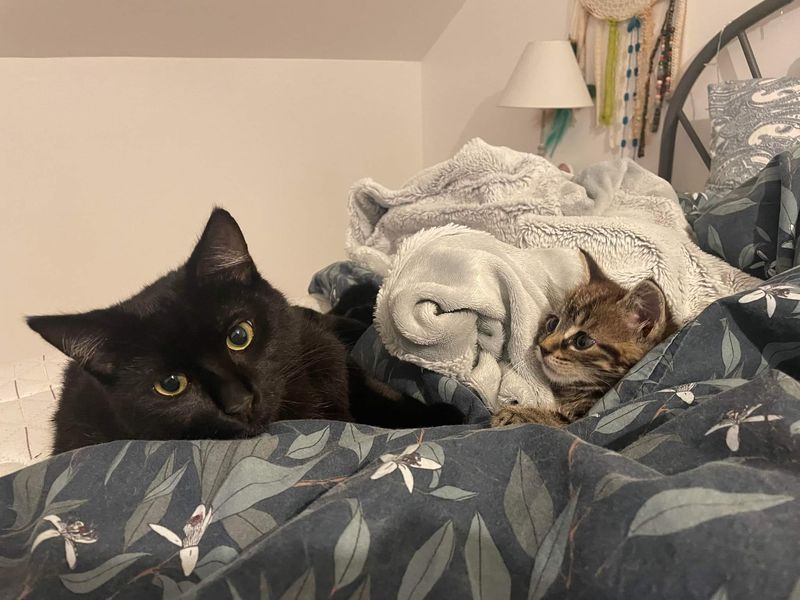 The baby turned out to be a female. She was recovered safe and sound, named Tia and pampered by the members of the shelter for a few days. Then, Tia was adopted by a family in love. The Biker Animal Force warmly thanked the firefighters for their dedication with a chocolate ballotin.