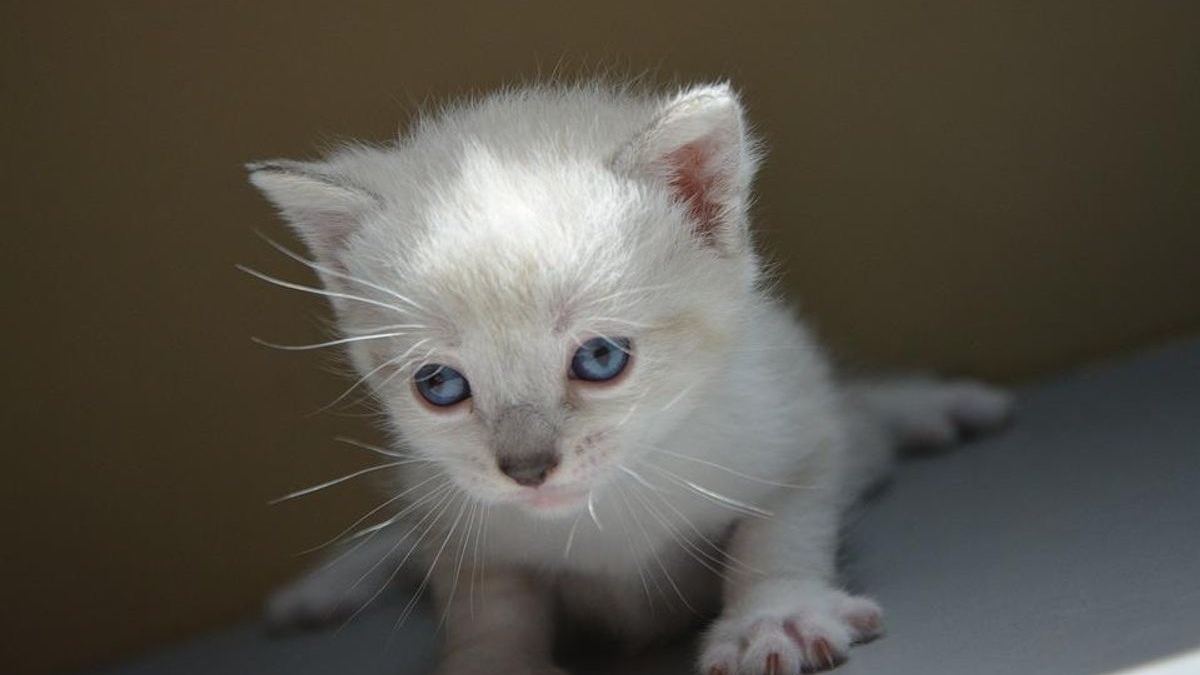 While eating lunch in her car, a woman was alerted by the meowing of a kitten calling for help. The little feline had found itself trapped under the hood of another vehicle, parked in the same parking lot. Employees of a car service center kindly agreed to rescue him. 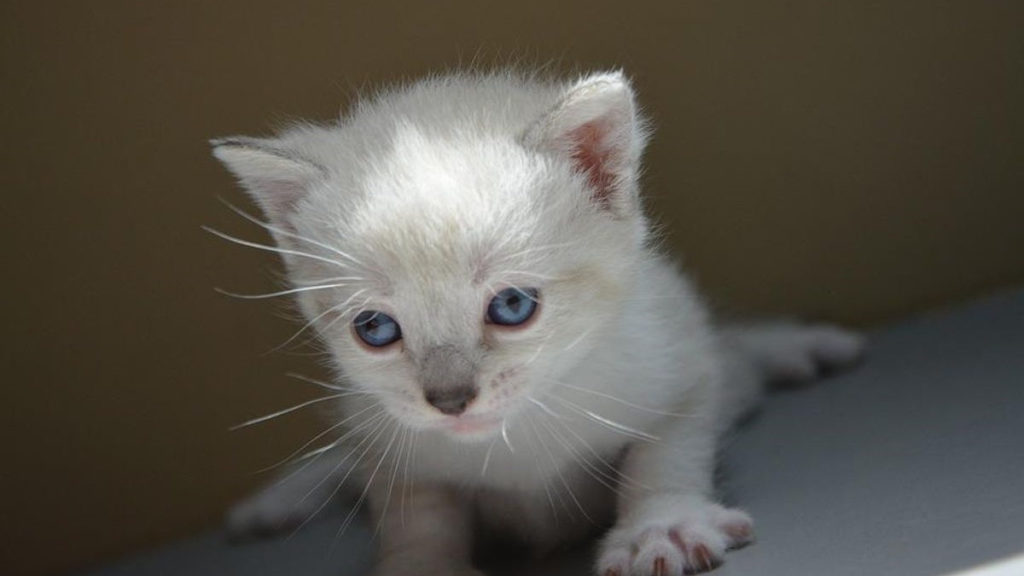 He looks like the mascot of the famous car maintenance chain whose team rescued him, but is distinguished by the color of his eyes. His are blue, while those of the «expert’s paw» are green. He is also much younger. His age is, in fact, estimated to be about a month.

The kitten in question was not only saved, but he also has a loving family to take care of him and shower him with affection. 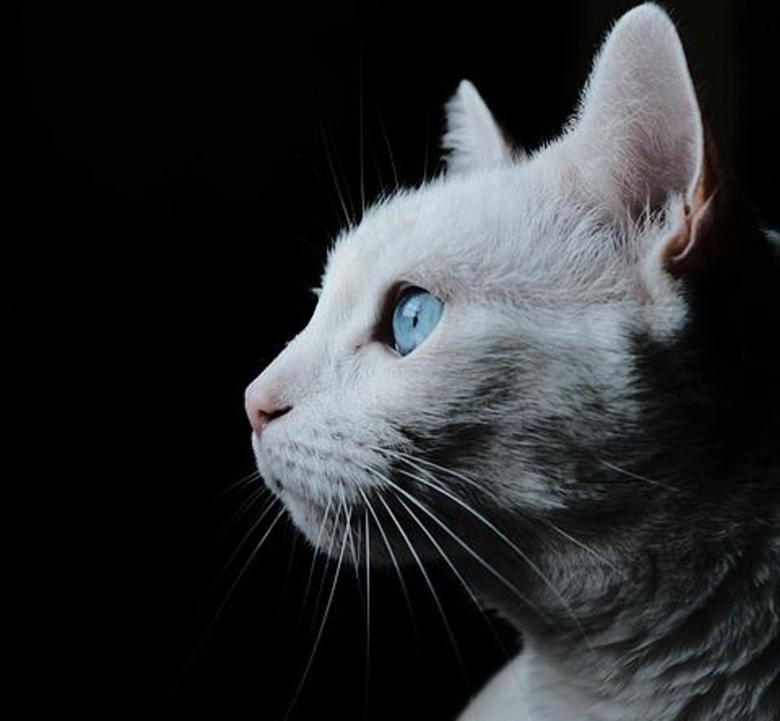 Reported by Le Journal d’Abbeville et du Ponthieu-Marquenterre, the rescue of the little white-robed quadruped took place on Thursday June 9 in Abbeville. That day in the early afternoon, meows, clearly emitted by a very young cat, came from under the hood of one of the vehicles parked in the parking lot of a fast food restaurant.

Taking her lunch in her car nearby, Laura heard these cries of distress and ended up locating their origin. She then informed the owner of the vehicle concerned, but neither of them could access the location of the animal.

They then had the idea of ​​seeking the help of the employees of the automotive center mentioned above, which is just opposite. The latter immediately agreed to work on the car, which they positioned on the bridge. After half an hour of effort, they managed to free the kitten, who was doing well despite his misadventure.

Laura decided to take it home. She has even already chosen a name for him: she called him Félix.