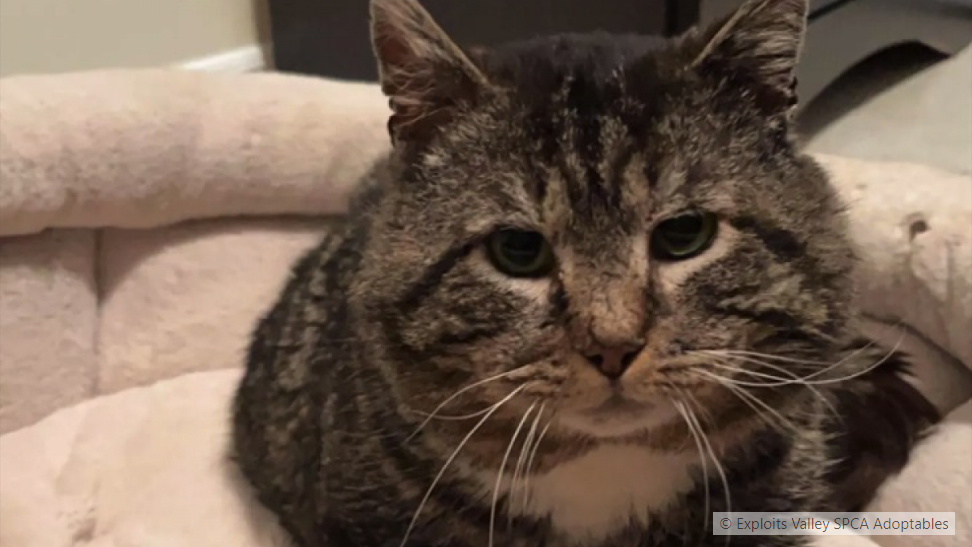 Hubby, a big alley cat, was known as the white wolf in his neighbourhood. The residents gave him all the attention he wanted, which is to say very little. Indeed, Hubby is an independent being who is content with a garden shed to sleep in and a few kibbles placed on the windowsills just for him.

However, a resident recently noticed that his state of health was deteriorating. His coat was dull, he was limping in one hind leg, and looked like he was suffering from multiple injuries from cat-to-cat conflicts.

A Good Samaritan then contacted the Exploits Valley SPCA Adoptables association to help him.

It was Sarah MacLeod who moved to delicately capture the cat. “Hubby was so nervous when he arrived…He had never gone inside…but it didn’t take long to convince him,” the young woman told Love Meow. 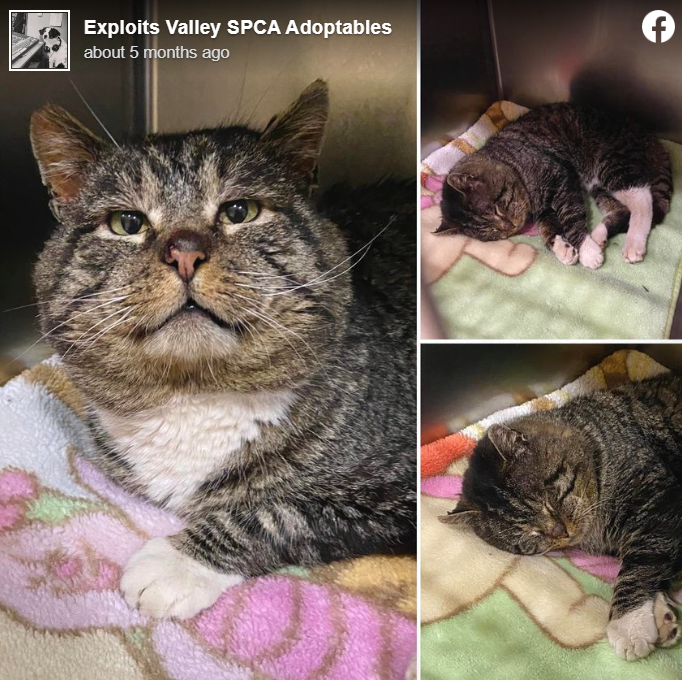 Of course, the cat was taken to the vet. Everything for him was new, yet he adapted like a leader.

The animal doctor treated his wounds, dewormed him, identified him and vaccinated him. The clinical examination revealed that his paw fracture was long-standing and had therefore healed on its own. An operation being impossible, he will remain lame until the end of his life.

«It doesn’t make him suffer and it contributes to his adventurer charm,» said Sarah.

After all these emotions, Hubby slept for long hours well sheltered in the cattery. He thus regained his strength without having to worry about the dangers of the surrounding world. 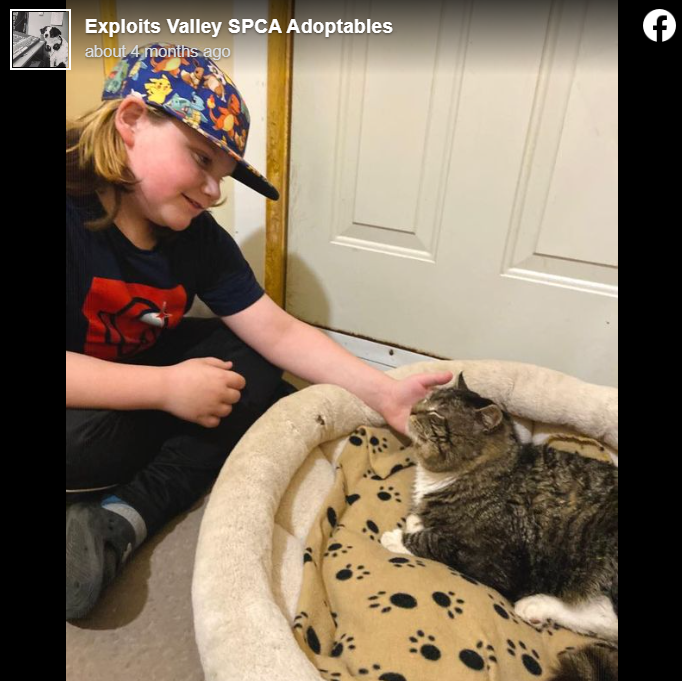 The alley cat still had difficulty socializing with humans, however. He remained fearful and distant. In order to remedy this gently, he was entrusted to a foster family which allowed him to come out of his shell more easily. In this warm and cozy environment, Hubby has indeed become a completely different cat. After a few weeks, he too showed his affection and asked for caresses.

His muffled purring now floods the home. Moreover, he now has an all-consuming passion for grooming. His coat is therefore softer and silkier than ever.