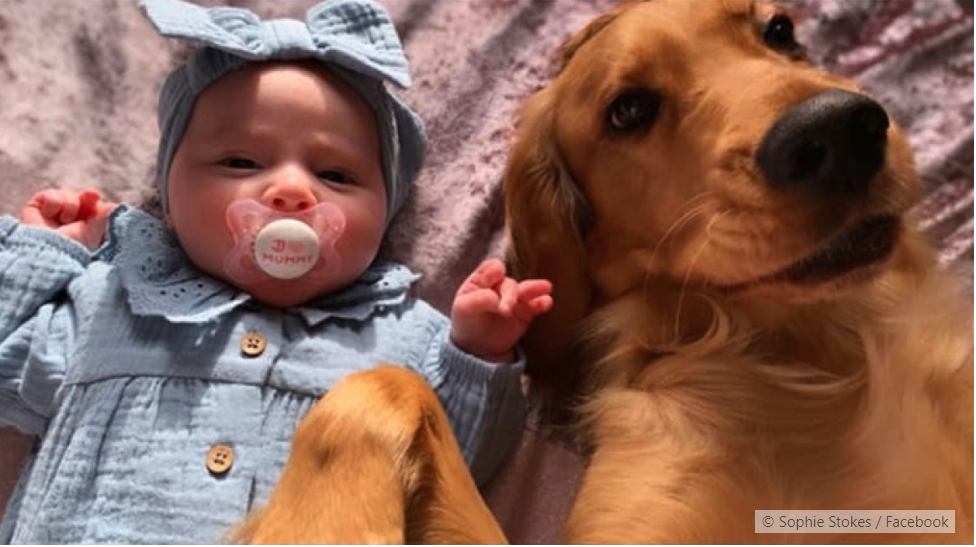 The beautiful story of Daisy, the daughter of Sophie Stokes, and Bonnie, the Golden Retriever dog, began long before the baby was born. The 27-year-old explained to Metro that her faithful furry companion protected her belly when she was pregnant.

“She was only 3 years old, so at first she was a little raw, but she quickly became tender. She slept with her head resting on my abdomen,” she said.

Bonnie followed her mistress around the house and her maternal instincts developed as the pregnancy progressed. 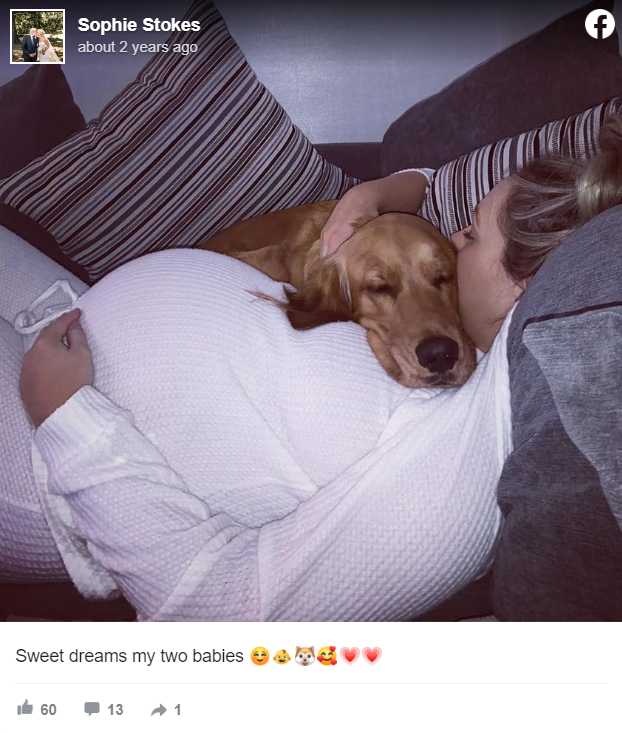 When Sophie gave birth to her adorable baby girl, she dreaded the moment of meeting her dog. But in the end, everything happened under the best auspices. “Their first interaction was so cute,” recalls the young mom.

The first night, Daisy and Bonnie didn’t sleep in the same room, but that wasn’t going to last long. The dog was indeed showing her need to protect the baby. Bonnie showed an innate sweetness. And Daisy quickly felt well-being with her furry nanny. «I remember when Daisy was a newborn, she was crying, but as soon as Bonnie lay down next to her, she would stop,» Sophie said. 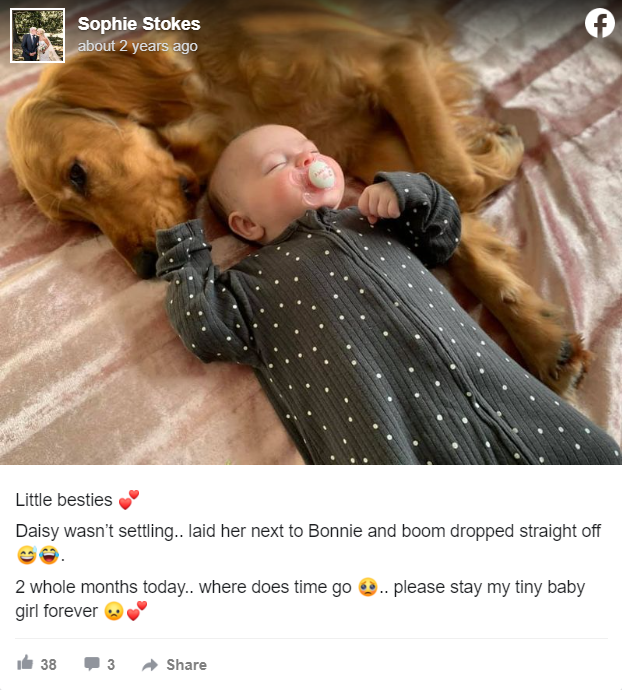 Daisy has now grown up well. She’s a lively little girl, much to Bonnie’s delight. The inseparable duo indeed now share moments of play, cuddly naps and nature walks around the lake which adjoins their home in Doncaster in the United Kingdom.

“They have such a special bond and it’s so cute, best friends from day one and forever. The whole family loves seeing them together,” Sophie concluded.